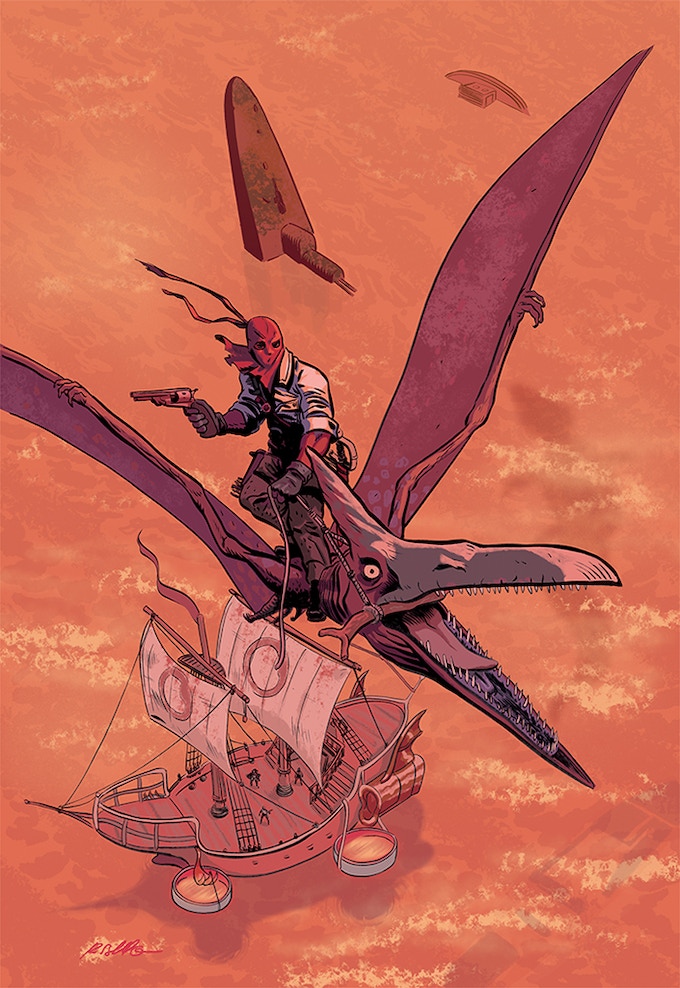 The good folks over at It's Alive Press asked me to come up with a variant cover for their new Kickstarter campaign, Red Range: The Pirates of Fireworld, currently running. The book looks fantastic and I've had a blast adding my contribution. Sadly, I'm a little late on the draw, as per usual, and my pencils and inks have already sold, and folks have already snagged the super early bird copies of the book with my variant, but! you can still get a copy over here:

Keith Lansdale, the writer who recently brought you X-Files and Creepy stories, will unleash his imagination on the historical and somewhat Steampunk world his father (Joe R. Lansdale) and the late Sam Glanzman created back in 1999, in the form of a graphic novel. That book has since been colored, and republished by It's Alive!, and now it's time for the story to continue!